Not much to report today I’m afraid.

The day started with the fog that has been and continues to follow me South. The kind manager of the motel got up early to release my bike from its temporary washroom prison. HE then presented me with two hard boiled eggs and a banana (result) to help me on my way. Hero.

It was windy and wet when I started, so on went my shell jacket and off in to the fog I battled. Only 40km to my intended breakfast stop, so no stress, or so I thought. This first 40km gave me my lowest average speed of the trip so far. A slow and seemingly unending incline for 30km or so, was not what my legs needed.

Finally arriving for breakfast, it was well worth the battle. As always, I took the recommendation from the waiter and got myself introduced to ‘gravy’, which as far as I can tell was bechamel sauce. For breakfast!

My aim initially was to get to Miranda today, but the waiter had better ideas. Giving me two useful maps, he recommended cutting my day back to Fortuna so that I could enjoy the Avenue of the Giants tomorrow. Even with the energy from breakfast I was easily pursuaded. I’ve got some distance in the bank from the last several days and it’s not a race (as long as I don’t get tortoised) anyway.

Heading off with a relatively short distance to travel, the weather improved, so off came the shell and on came the shades. First time in 5 days! They were off again 5 minutes later!

Another motel and another brewery next door! Still no veg, but the motel has apples on reception, so I’ve got dessert sorted. They’ve also promised me bananas for breakfast!

All in all today perhaps wasn’t the most exciting, but it has hopefully put me in a good state for tomorrow and one of the scenic highlights of the trip. 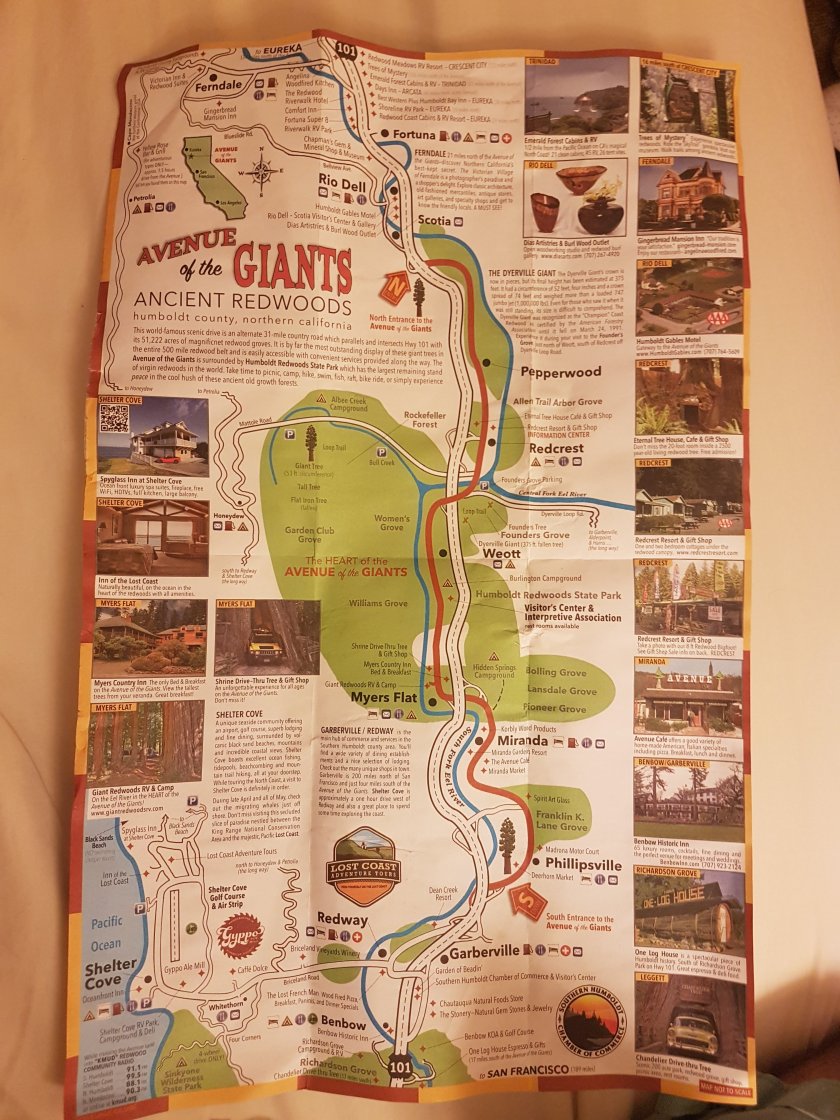