This morning was by far the hardest so far. Waking up and having to leave the lovely and homely surroundings of Casa Fulchiron to get on the bike and ride in to the (now properly named fog) ‘Marine Layer’, was tough indeed. After fresh fruit, a smoothie, an orange juice, a coffee, three eggs and toast I wheeled myself out of the house and head off for the day.

Unlucky for some, 13 was good to me. 15 minutes in to my ride I found my first commuter, a native of Kingston, West London, no less. Seeing I was a fish out of water, he took me under his wing and we cycled together as he explained the route. No sooner had I gone it alone than another commuter came in to sight. This one was a fully fledged ‘roadie’, who immediately tried to race me! I tacked on to his wheel and to his frustration struck up a conversation. He was a really nice guy and let me take his wheel all the way to the Golden Gate Bridge and over.

Here one would expect a photo of said Bridge in all its glory. Unfortunately, today was not the day! The marine layer was thick and in no danger of dissappearing. Not to worry though, I’ll be back in San Fran in a week… and will buy a post card of it!

Fighting through San Fran was a real battle. I love a bit of commuter cycling, but this was different. The traffic really isn’t that bad, but the lights stop you every 100m. With all the hills and the random stops my legs were feeling heavy after only riding a few hours. I pushed on and soon the city was behind me, a quick coffee stop and back on 1, I was able to get in to a rhythm and soon the day was over!

My motel tonight is perfectly located. Just off the highway and 5 minutes to the beach. I checked in and for a short moment it looked like the sun was coming out, that’s all I needed. 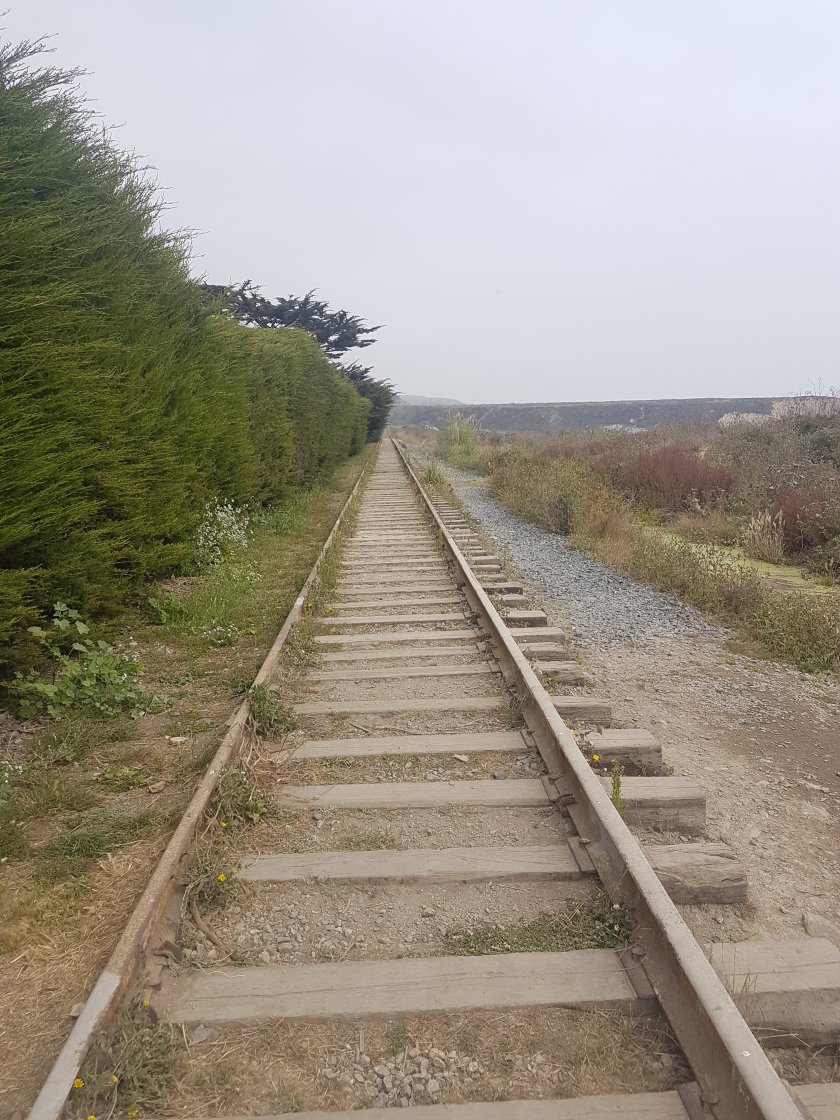 A dash across the lost boys abandoned railway, Speedos on, and my first dip in the ocean.

I was in the water for a sum total of two minutes! A combination of paranoia over my belongings and the sun not actually being out, brought me back to shore. It was worth it, in every way.

Dinner over looking the sea and a smile on my face remembering the day that has been and in anticipation for an epic day tomorrow.